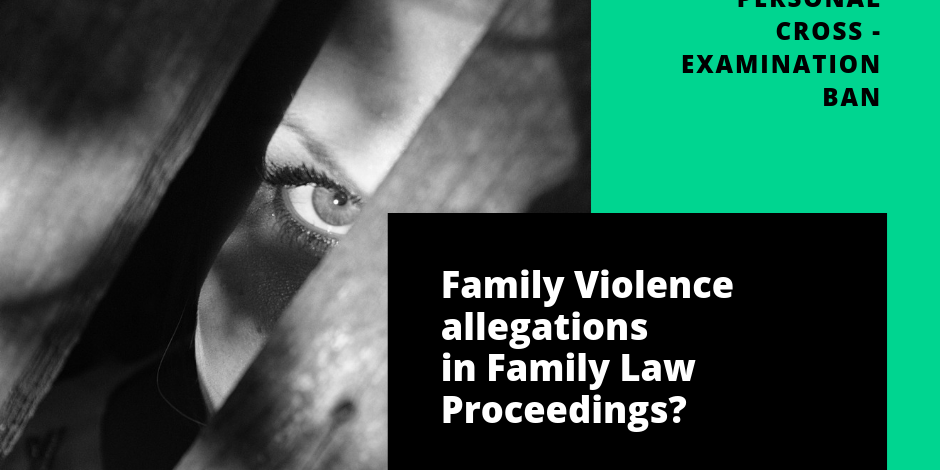 From 10 September 2019, personal cross-examination will be banned in family law proceedings in certain circumstances where allegations of family violence have been raised. Prior to this ban, a party to proceedings (who at times is often also the perpetrator) has been able to cross examine the other party (who is often the victim) or other party, directly without the use of a lawyer. The ban is to be imposed because personal cross-examination by an alleged perpetrator can expose victims of family violence to be re-traumatised and seriously affect their ability to give their evidence. The ban is to be imposed in some circumstances – ‘automatically’ and in other circumstances ‘at the discretion of the Court’.
Automatic Ban – includes where either party has been convicted of, or charged with an offence involving violence; a family violence order applies to both parties; and, an injunction for the personal protection of either party is in place, pursuant to 68B or 114 of Family Law Act (1975).
Discretion Ban – the Court has the discretion to order a ban in circumstances where the above doesn’t apply and also in circumstances where either party or the Independent Children’s Lawyer has applied to the Court for the Order to be made.
In circumstances where the ban applies cross-examination must be conducted by a Lawyer. The Lawyer will either need to be retained by a party privately or via their relevant State of Territory legal aid commission, under the Commonwealth Family Violence and Cross-Examination Scheme. Access to this Scheme is not means or merits tested, which is significantly different to other applications for funding from State and Territory Legal Aid Commissions. If a party is unrepresented cross-examination will NOT occur.

If you would like further guidance about the changes, and how this may impact you – contact us today.